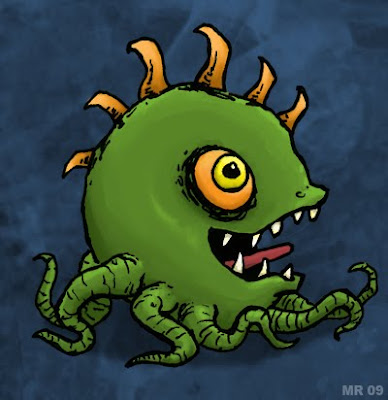 The creatures known as "Octaballs" were created centuries ago by a young wizard as a practical joke. The essence of a horned lizard was combined with several other slimy things to produce the first of these horrid monstrosities. The first Octaballs were small and harmless, but as they fed they eventually grew and became quite dangerous. Although an extensive campaign was waged to eliminate these aberrations, sporadic reports of the creature still surface in deep caverns or forgotten dungeons.
Posted by Hawanja at 12:50 PM