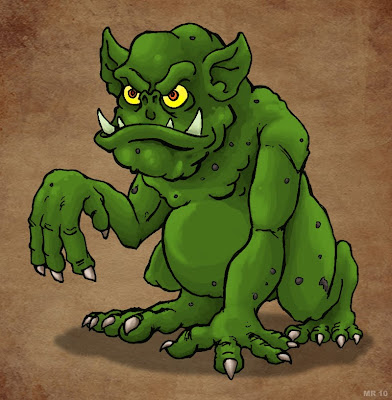 Hobgoblins originated in European folklore as household spirits (which probably evolved from a form of ancient ancestor worship,) and played a similar role to goblins, brownies, pixies, etc. They were generally not seen as "evil," but would play tricks if not given the proper respect.

In modern fantasy fiction, Hobgoblins are a larger, stronger, brutish form of goblin. They are usually a greenish color, have features of various animals (claws, pig noses, etc.) and are mostly beholden to some figure of greater evil.
Posted by Hawanja at 11:36 AM