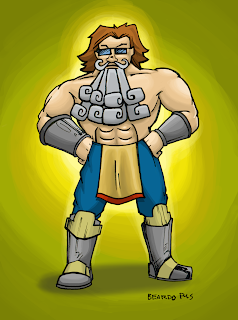 Born a soldier in ancient Sparta, the man who would be known as Beardopus. After he was visited by the mighty Zeus in a vision during a fever dream, he embarked on a quest to the ends of the Earth to gain ultimate power. Years later after slaying many beasts and enduring many trials, he was finally rewarded with the ring of power, which endowed him the beard of the Gods.
Posted by Hawanja at 6:53 PM No comments: 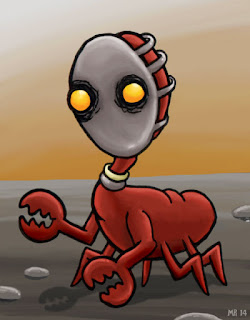 Skuttlers are semi-autonomous creations, animated by arcane occult magics to be used as servants. They have a small modicum of free will, but are unable to make anything but the simplest decisions.
Posted by Hawanja at 4:35 PM No comments: