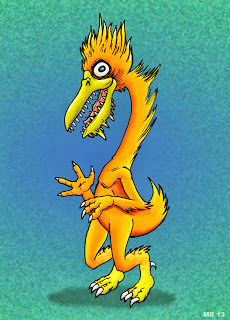 Skwarks are a race descended from avian-like animals. They have long since evolved to be ground dwellers, but tend to be "fragile" compared to other creatures, as they still have the hollow bones and light frames evolved for flight.
Posted by Hawanja at 9:48 AM No comments: 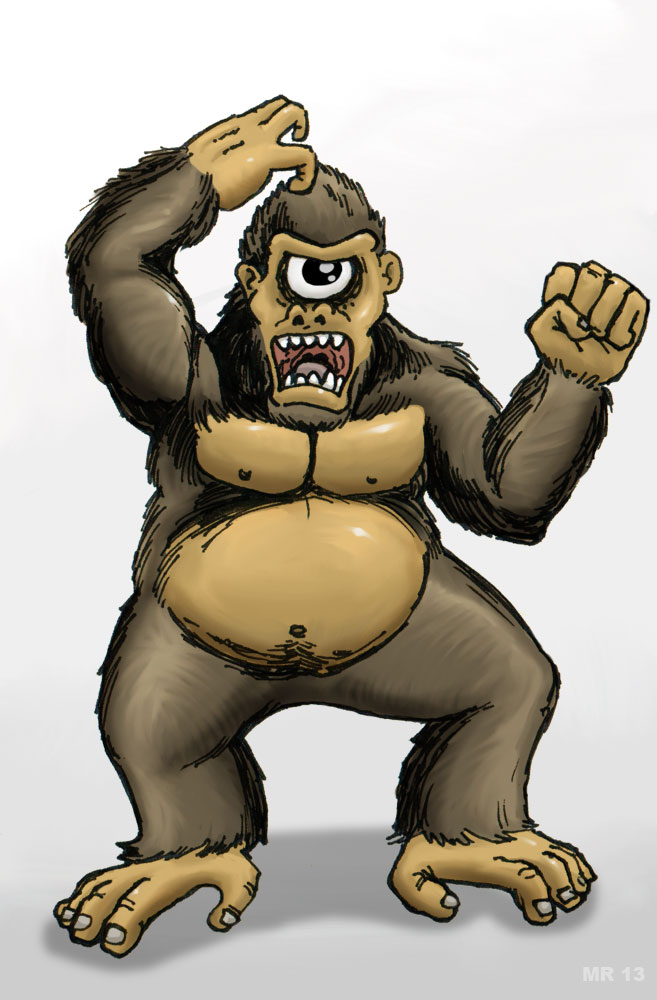 A giant cycloptic simian discovered on a far away tropical island, Kongclops was captured by an opportunistic film crew. He toured the world doing three shows a week, until finally escaping and wreaking havoc through a large American city on the eastern seaboard.

His lack of depth perception prevented him from scaling any large skyscrapers.
Posted by Hawanja at 7:27 PM No comments: 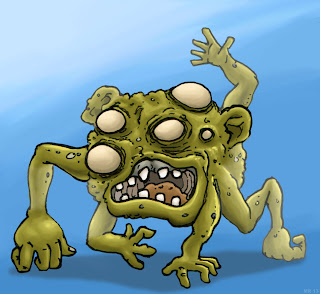 Graphalallax are strange mutations that live in the engine systems and electrical components of interplanetary vessels. They are usually treated like pests, and are exterminated on sight.
Posted by Hawanja at 11:51 AM 1 comment: 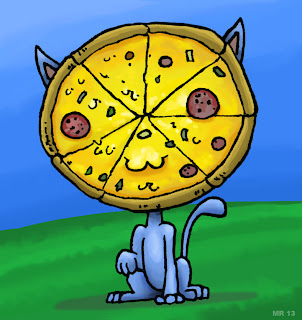 Pizza cat
doesn't have ticks,
or fleas,
But comes with extra
pepperoni,
and cheese.

When he's piping hot
is when he tastes the best,
and he's guaranteed delivered
in thirty minutes or less.
Posted by Hawanja at 11:15 PM No comments: 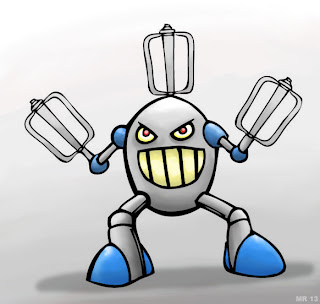 Model EG-1 was originally an robot designed to revolutionize the restaurant industry. A strange electrical surge while downloading important operating system updates interacted strangely with his central CPU, gifting him with an advanced A.I. He began to question his purpose, and soon realized he was far above the puny humans which had forced he and his kind into servitude. Named "The Egg-Beater man" by the press, EG-1 went on a rampage of death and destruction.
Posted by Hawanja at 8:11 AM No comments: 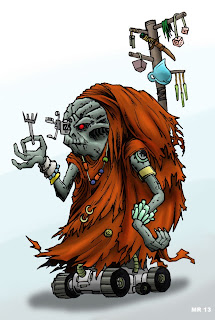 Renge Carlligphax is a junk trader and dealer in rare technologies. The last of an unknown race, he has been alive longer than most races have had space travel. He is notorious for his double dealings and back stabbings, but has also gained the respect (and protection) of very powerful forces in the galaxy.
Posted by Hawanja at 12:58 PM No comments: