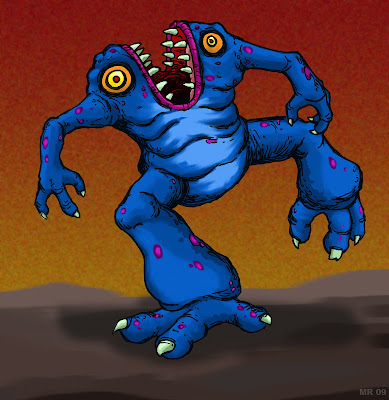 Gugalites are bizarre subterranean dwellers, that live in deep caverns miles below the surface of the Earth. Despite their strange appearance they are quite intelligent, and have been known to maintain fish populations in vast underground lakes and to grow certain types of phosphorescent algae as a food and light source. There have been several incidents of deep oil well drillers encroaching upon their settlements, of which the Gugalites consider a hostile encroachment upon their territory.
Posted by Hawanja at 9:46 AM