Pzuzu, Lord of the Storm 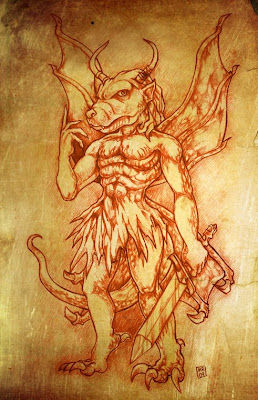 Pazuzu was an Assyrian storm god and king of demons. He is usually represented in a human like form, with a dog's or lion's head, a serpent's or scorpion's tail, horns, and two pairs of wings. In ancient times he was often invoked to drive away other demons, most notably his arch nemesis the Lamashtu. He is often depicted with his right hand in the air.

Pazuzu is the demon who possesses the girl in the 1971 movie "The Exorcist."
Posted by Hawanja at 8:17 AM