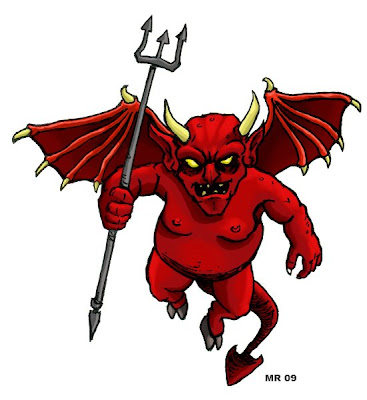 Imps were originally seen as a subset of the household spirit (such as the goblin, brownie, nixie, etc.) which were common in European pagan belief. They were represented as more mischievous than evil, pulling pranks but willing to do good deeds for companionship. Over time they became more sinister, taking a role as a witches' familiar spirit or as attendants to Satan himself. In modern fantasy fiction they are generally cast as small, immature demons, who act under the thrall of more powerful entites, and usually serve as spies, footmen, court jesters, etc.
Posted by Hawanja at 9:06 AM