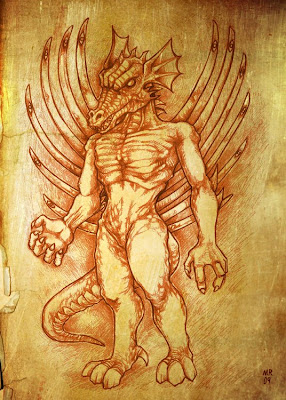 Adramelech was originally a sun god in the Sepharvite and Assyrian pantheons. Over the centuries he became demonized in Judeo-Christian belief. By the middle ages he had been made Chancellor of Hell and elected President of Hell's senate (didn't know Hell was a democracy.)