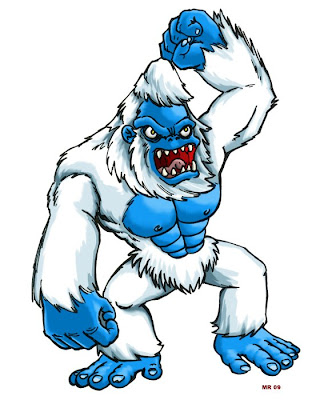 Stories of the Yeti (from Meh-Teh, "Man-Bear") go back centuries into the folklore of the Sherpa people of Tibet and Neapl. It is described as between 7-13 feet tall, covered with shaggy hair (usually of a dark color,) with a bipedal gait, and an odd, pointed head. The "Abominable Snowman" became famous in the west after western explorers discovered it's tracks while attempting to scale the Himalayas. Although many expiditions have been undertaken to caputre the creature, conclusive evidence of it's existence has remained elusive.
Posted by Hawanja at 9:29 AM