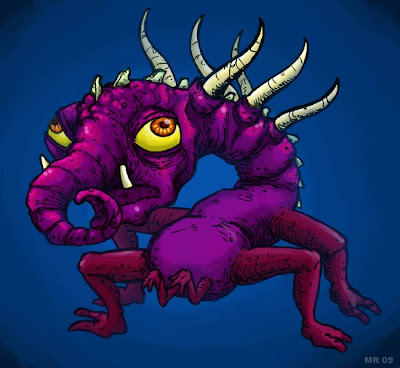 Phollywogs are bizarre mutations, originally created as designer pets for the ToyWerks toy company. They are grown from eggs, engineered to overly respond to stimuli, and have short life spans. However several inherent flaws in their genetic code allowed some of the Phollywogs to break their genetic programing and escape. Due to their short maturation cycle it was only a matter of time before thousands upon thousands of Phollywogs nearly overran the civilized world.

Many years later, the Phollywog threat has finally been contained. However there are still sporadic reports from isolated areas, and the Department of Phollywod eradication is ever vigilant.
Posted by Hawanja at 9:54 AM