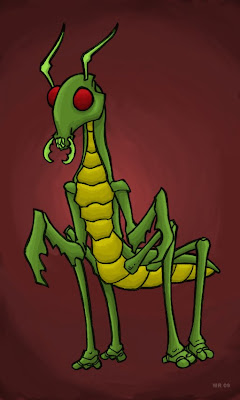 Mantisoids are among the many different types of aliens reported by abductees around the world. They are described as tall, with six legs, and a peaceful demeanor. Although they speak to each other in clicks, they are able to communicate with other beings via telepathic abilities. Mantisoids have been seen during abductions working alongside other alien types such as the Grays or Reptilians, usually performing various types of medical experiments.
Posted by Hawanja at 9:27 AM