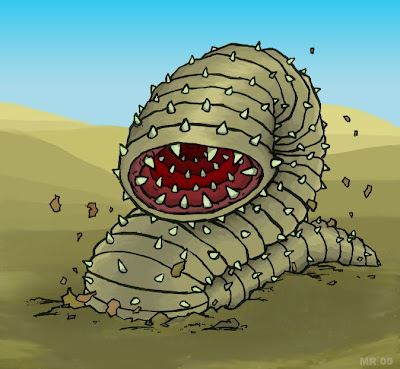 The Mongolian Death Worm is a large (2-5 ft) creature which has been reported in the Gobi Desert. The creature is supposed to be colored from red to tan, and resemble the intestine of a cow. Strange abilities have been attributed to the worm, such as the ability to spew sulfuric acid or generate electrical discharges.
Posted by Hawanja at 6:43 AM