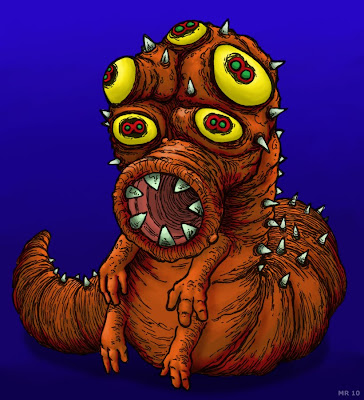 Pachuliwurms are overlarge mutations made from human and several species of deep sea worm genes. The experiment began as a way of creating genetically engineered human beings capable of surviving in extremely harsh environments. the Pachuliwurms began as small larvae, but soon matured into 12 foot adults and quickly escaped from confinement. Several made their way into the sea, and have been found forming primitive communities around deep sea vents in the Pacific.
Posted by Hawanja at 8:42 AM