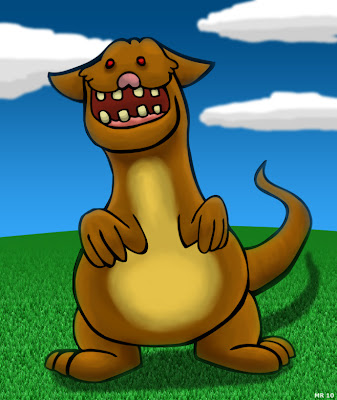 The Fidopholump is another designer pet by the Cristix corporation, this one genetically engineered by a combination of dog, kangaroo, and grizzly bear. The resulting creature is large and friendly. The Fidopholump sold well and was a huge success. It soon became apparent that the creatures were highly protective and territorial, and would attack anything perceived as a threat to it's master, especially other Fidopholumps. A cottage industry of Fidopholump training schools have appeared to address this problem.
Posted by Hawanja at 12:12 PM