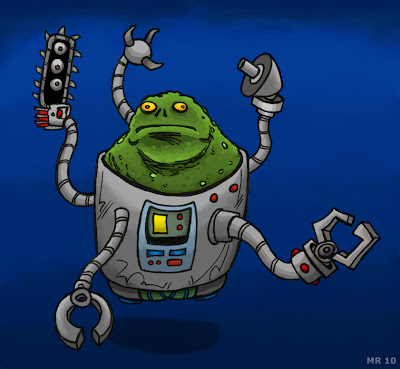 Krylippitah was once one of the most feared assassins in the galaxy. Due to the extreme longevity of his race his prowess and abilities became legendary. All of that changed during a shuttle accident during a mission for the Parandroid confederation. Krylippitah survived in a permanent coma with all of this limbs destroyed. The Parandroid confederation outfitted him with a heavy utility harness with a neural-network interface. Krylippitah has since gone back to his former occupation.
Posted by Hawanja at 9:48 AM