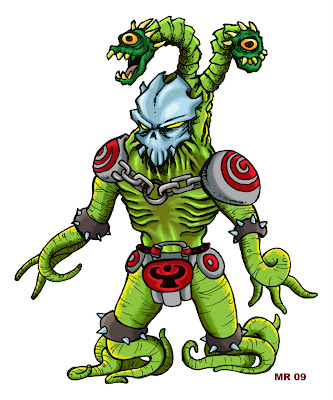 An ancient king from Persian / Zoroastrain folklore. Zahhak was a just and wise king, until tempted by Ahriman (Satan,) who transformed him into a three headed-dragon like monster. Zahhak must feed the two serpent heads which sprout from his body the brains of human captives, less they turn on him and devour his own.
Posted by Hawanja at 11:01 AM