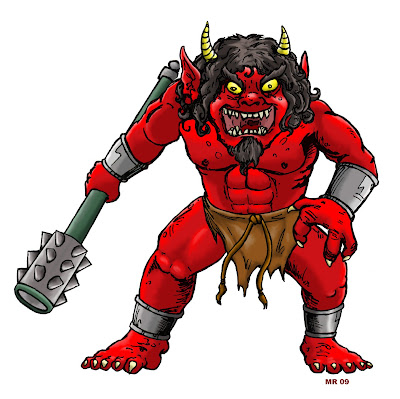 The Oni is the equivalent of a demon, troll, or orge in Japanese folklore. Like their western counterparts they're usually depicted as large, hideous, and not too bright. However Japanese orges are schooled in the magical arts to a larger degree, often possessing the ability to turn invisible, transform into animals, fly, etc. They are commonly depicted in a red or bule color, with wild hair, fangs, claws, and carrying an iron club ( kanabō. )
Posted by Hawanja at 11:07 AM