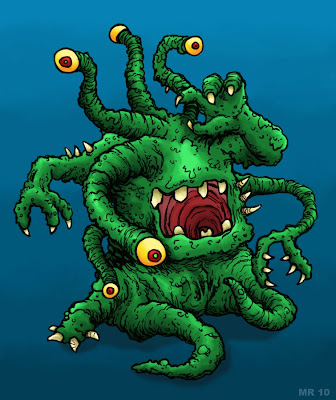 The creature known as "Splaaaggh" is named as such as that is the only sound he is capable of making. He began his life as a lowly dental assistant, but a bizarre accident with an experimental tooth filling material and the x-ray machine left him a hideous, tentacled mutant. Despite his horrid appearance, Splaaaggh now uses his superhuman abilities to fight for truth and justice.
Posted by Hawanja at 9:49 AM