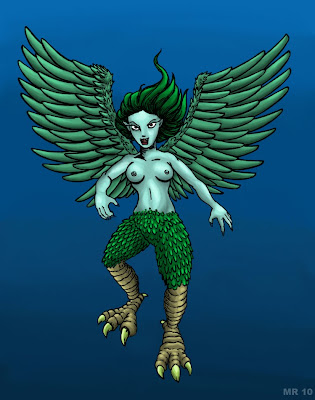 Harpies originally came from Greek mythology. They are depicted as hideous winged creatures, with the top half of a woman but with legs and taloned feet of a monstrous bird. Harpies were instrumental in the punishment of Phineas, by snatching away and spoiling his food.

The term "Harpy" has since come to describe any evil or mean spirited woman.
Posted by Hawanja at 9:10 AM