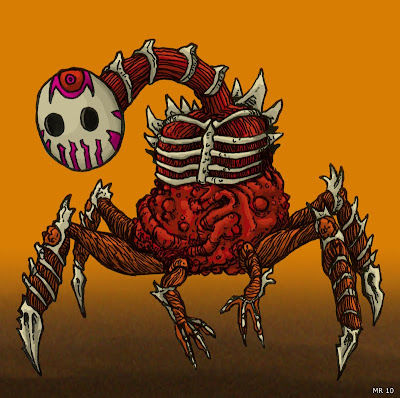 The Asurghyha are a sect of demons devoted to a strict religious/philosophical ideology. When a member joins the sect dark rituals are performed to invoke forbidden magics. The neophyte's body is literally turned inside out, and reformed into a spider-like visage. The Asurghyha then take a ten thousand year vow of silence, during which they complete their mystical training. They are generally neutral during the many conflicts that ravage through the Hell dimensions, although they will defend themselves if provoked.
Posted by Hawanja at 12:36 PM