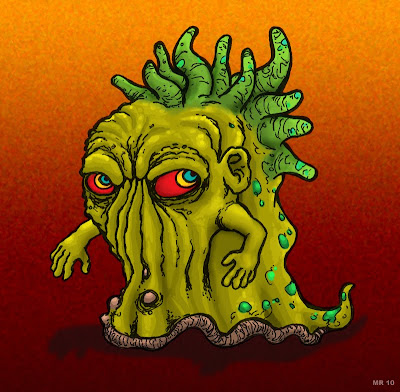 The disgusting mutant known as SnailFace was originally a thief and petty thug, who attempted to break into the Cristix corporation labs to steal industrial secrets. A one-in-a-million accident with a top secret radioactive formula resulted in his present hideous mutation. SnailFace possesses superhuman strength, and his rubbery body resists blunt-force injury, even deflecting bullets of low caliber. SnailFace has since moved up in the criminal underworld.
Posted by Hawanja at 9:03 AM