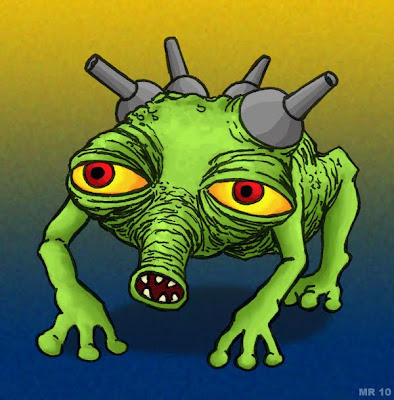 Cannon Frogs are genetically altered amphibians, surgically altered with cybernetic plasma cannons. They are created by bio-hackers and sold on the black market, mostly to be used in illegal bio-gladiator tournaments against other such creatures. Animal rights activists estimate more than three thousand such creatures are exploited in tournaments each year.
Posted by Hawanja at 11:15 AM