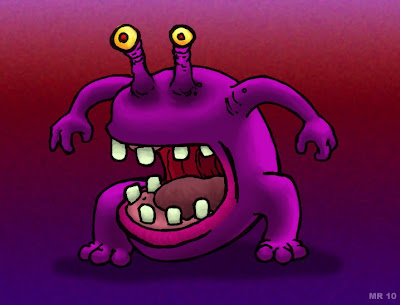 Pfigglyqinks are strange multidimensional entities. Their squat bodies are merely projections, as their true forms cannot convalesce in this reality. Large populations of them simply appeared one day on several dozen different planets. The creatures themselves so far have been peaceful, and claim no memory of where they are from beyond vague descriptions such as "The Bubbly place."
Posted by Hawanja at 9:32 AM