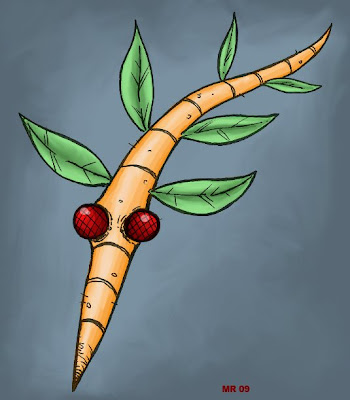 Rods are small creatures that were first noticed as artifacts taken with video cameras, and so were not "discovered" until home video camcorders became widespread. They resemble very quickly moving insects with a long, rod-like shape and multiple wings. They move so fast that their profiles become blurred, and thus a clear picture of a Rod has not yet been taken. The conventional explanation for them is that they are merely an optical illusion produced by ordinary insects.
Posted by Hawanja at 7:47 AM