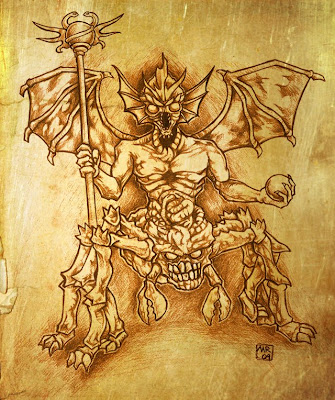 In early Judaism, the Mazzikim is a class of demon akin to imps in later belief. They are akin to leprechauns or brownies, more mischievous than evil, and are responsible for ill health and bad fortune. In later medieval belief they became more identified as the traditional demonic figure, spawned from transformed souls of the dead who taunt and torture the recently deceased.
Posted by Hawanja at 9:51 AM