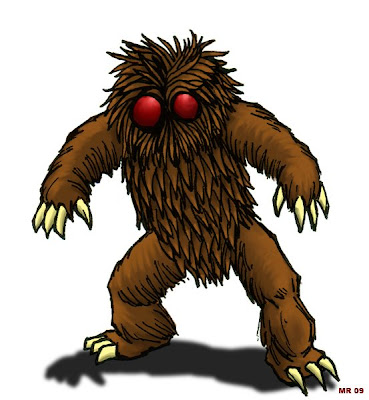 Small, hairy dwarfish humanoids with glowing red eyes. Sightings of these creatures are often connected with UFO activity in South America. In contrast with the cold, calculating, emotionless stereotype associated with sightings of other alien types (such as the Grays,) these are rather aggressive and violent. In the 1950s several boys reported an abduction attempt by these strange creatures, in which they had to fight them off with stones. Sightings of such short hairy wildmen pre-date the UFO era, leading to the speculation that they are in fact not extraterrestrials but a hidden subterranean race.
Posted by Hawanja at 8:54 AM