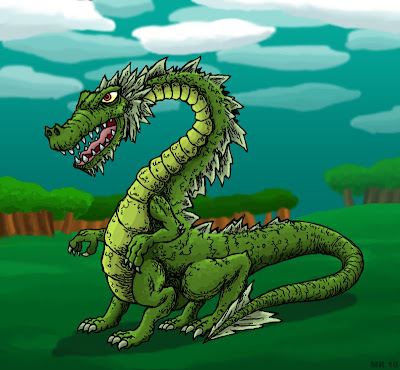 The Wawel dragon lived under Wawel hill, in Krakow, Poland. The beast terrorized the local inhabitants with it's fiery breath, and would only be appeased by a regular sacrifice of young girls. The dragon was eventually destroyed when a young cobbler's apprentice tricked it into devouring a lamb stuffed with sulfur. The dragon took the bait, then grew incredibly thirsty from the sulfur, and soon drank himself to death at a nearby river.
Posted by Hawanja at 10:16 AM