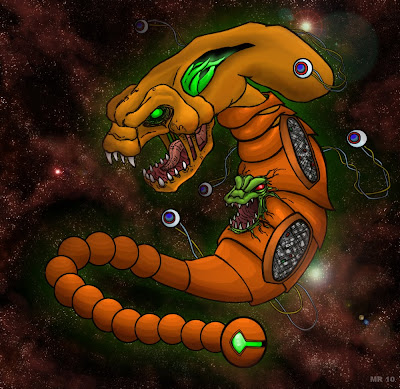 Dobkeratops (also called the Gommander, in certain gaming magazines) is the first boss from the arcade game R-Type. It appears as some sort of strange bio-mechanical alien, and when first encountered appears to be in the process of being assembled (as it's missing arms and legs.) While the head is upper part is clearly organic, the lower part is covered with body armor and mechanics/circuitry can be seen inside. The Dobkeratops returns in one form or another in all games in the series.
Posted by Hawanja at 9:54 AM