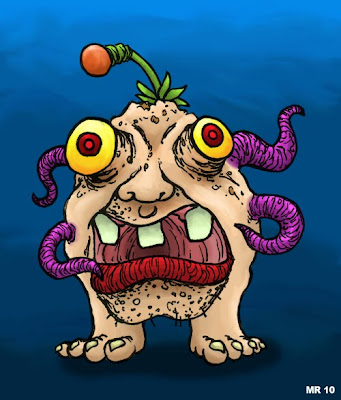 Gordy was born with an extremely rare congenital defect, so rare that it is virtually unknown to medical science. He was nicknamed "The Gourd" by cruel and taunting children, but soon adopted the name as his own. Against all odds Gordy enlisted in the Marines, and severed for several years in Afghanistan. He eventually left the service a decorated war hero. This soon lead to a stint in the CIA, where Gordy's unique stature allowed him to gather information in unorthodox ways. After single handily foiling a terrorist plot to poison the nation's Chi Tea latte supply Gordy received the congressional medal of honor. Gordy now runs his own private security firm, although he won't deny rumors of active CIA involvement.
Posted by Hawanja at 9:54 AM