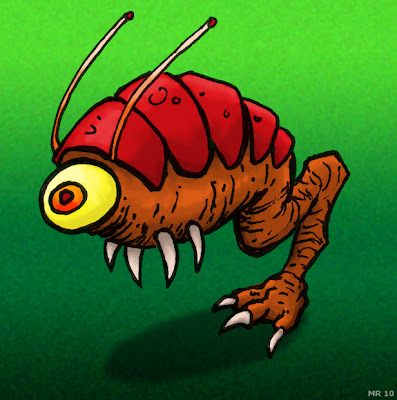 The Siphonatrix are a species of space borne parasites. The creature emits spores which drift through the void until they come in contact with a rocky body (such as a moon or asteroid) or even a space craft. They creatures then feed upon the solar wind as a type of microscopic "space plankton." They are generally harmless in this state, however if exposed to a rich nitrogen-oxygen atmosphere they mature into overlarge monstrous versions of themselves. Once in this state the creatures will swarm and attempt to consume any electromagnetic power sources, as well as organic materials (such as people.) A general standing rule throughout the galaxy is to eliminate any Siphonatrix colonies on sight.
Posted by Hawanja at 11:22 AM