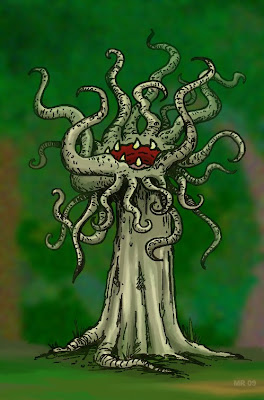 The Ya-Te-Veo is a carnivorous tree said to inhabit Central and South America. It has been described as having a short, think trunk topped with multiple tendril-like branches that catch and secure prey. There are unconfirmed reports from the 19th century of Indian tribes which sacrificed victims to the trees.
Posted by Hawanja at 9:35 AM