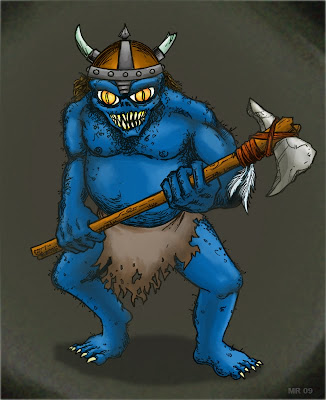 BugBears were original creatures in European myth, similar to Brownies, Nixies, Hobgoblins, and other forest creatures. BugBears were envisioned as large, hairy monsters that would abduct naughty children. In modern fantasy fiction, they have become a race of larger, stronger, deadlier Goblins, usually acting as the "boss" of a group of weaker troops, and beholden to a superior (evil) power.
Posted by Hawanja at 12:32 AM