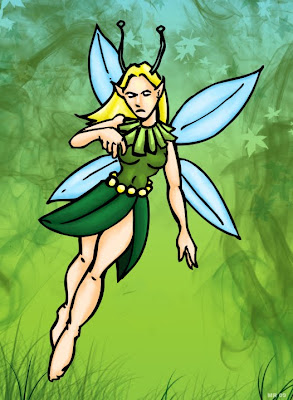 A Fairy is a type of primordial nature spirit, usually connected to forests or woodlands. The term refers to many different types of supernatural entity (brownies, pixies, nixies, goblins, trolls, etc.) as well as with anything to do with the supernatural realm, i.e. "the Land of fey," or "Morgan Le Fay." In western European belief they originated either as fallen angels or as a distinct species all their own. Much of mythology has to deal with how one avoids fairy mischief, such as charms to keep them away, prevent them from stealing babies, etc.

Nixie
Goblin
Tomte
Troll
Posted by Hawanja at 9:58 AM