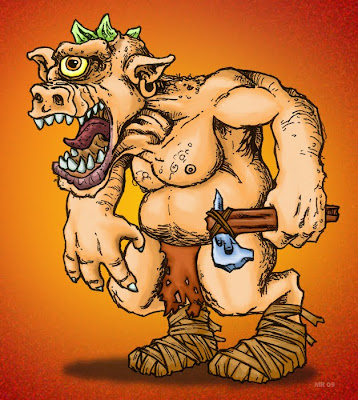 Jimmy Squarefoot is an ogreish figure from Irish mythology. He is thought to originally be one of the Faowar, which were an indigenous race of giants who built the various stone circles throughout Britain and Ireland. He is described as huge, with a pig head, one eye, horns, and feet wrapped in calico bands, which give them a squareish appearance.
Posted by Hawanja at 9:24 AM