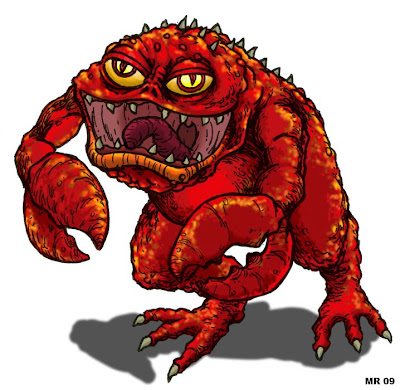 Freakish crab mutants spawned from radioactive toxic waste, the Cancidialde inhabit underwater caves off the coast of major population centers. They have been observed domesticating dolphins like cattle and scavenging wreckage from downed ships. They are generally seen as not dangerous, but there is a higher occurrence of missing persons in areas where they have been sighted.
Posted by Hawanja at 10:32 AM