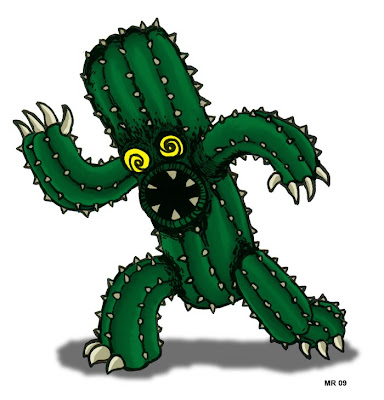 A race of silent, stoic cactus people who populate the American south west. Thus far they've remained hidden, co-existing with mankind by silently occupying the harshest of desert lands. Although they lack sophisticated technology, they have an advanced culture and a long oral history that goes back thousands of years. They are generally peaceful but are extremely wary of outsiders (bordering on xenophobic.) They tend to avoid direct confrontations and use surprise, opportunity, or numbers to overwhelm a foe.
Posted by Hawanja at 10:42 AM