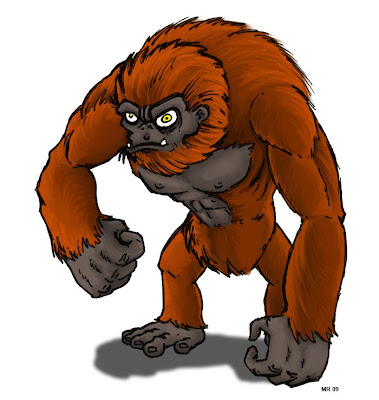 The Yowie is the Australian name for a creature similar to the Asian Yeti or Bigfoot of North America. The name itself comes from an Aboriginal mythological character.

The Yowie is described as large, with reddish-brown hair, bipedal but walking in a stooped over, gorilla like stance. Sightings mostly occur in heavily forested regions of Australia's sparse outback.

Is the Yowie real? There is definitely enough unpopulated land that could support a population. However to date the evidence collected for the creature (eyewitness sightings, footprint casts of dubious origin, unidentified hair samples) fails to convince the larger scientific community.
Posted by Hawanja at 8:04 AM