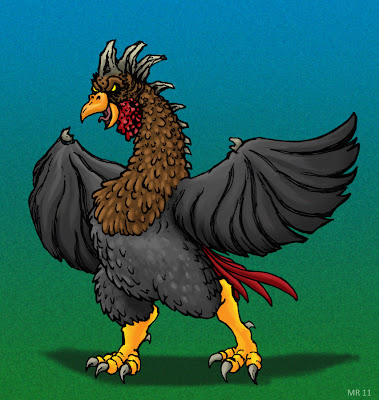 Science student Betsy Bernhard entered a pair of genetically engineered super chickens in her 7th grade science fair, narrowly beating out Jose "Penuthead" Gonzoles and his giant robot ICBM-X for the blue ribbon. Penuthead swore revenge and directed his metal monstrosity to destroy the super chickens. When all hope seemed lost Bernhard unleashed Roosta, a gigantic genetically engineered super rooster. Roosta, ICBM-X, and the super chickens destroyed most of the city in their battle, until both were disqualified.
The first prize ribbon went to Wesley McGillis and his model of the solar system made from coat hangars and Styrofoam balls. His parents are very proud of him.
Posted by Hawanja at 7:31 PM