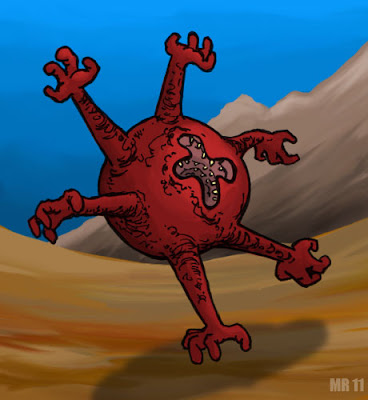 Spinnerets were so named by early deep space explorers due to their unique form of locomotion. The creature will engage in a series of cartwheels, like a spinning disc. Spinnerets have been measured moving at incredible speeds of 160 kph (80 mph) or more. Strangely they do not possess eyes, ears, or any other common sensory organs, yet have shown behavior which clearly shows they are capable of observing the outside world in some capacity. Currently the method by which the creature "sees" is unknown.
Posted by Hawanja at 9:13 PM