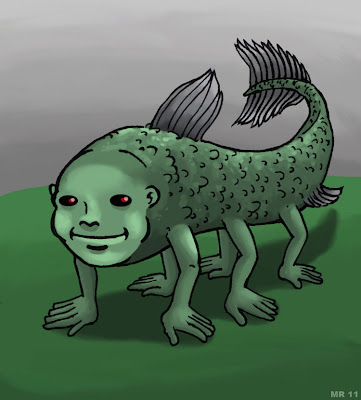 ManCarps are genetically engineered chimeras combining DNA from human beings and various types of fish. The original intention was to create an artificial source for an effective cholesterol fighting medicine, however the resulting creature showed near human level intelligence. It wasn't long before the specimens escaped the lab, and with their ability to move both over land and in water easily eluded capture. ManCarps are still seen occasionally in the wild marshes and swamps of southern Florida's keys, where it is believed a small population still persists to this day.
Posted by Hawanja at 10:31 PM