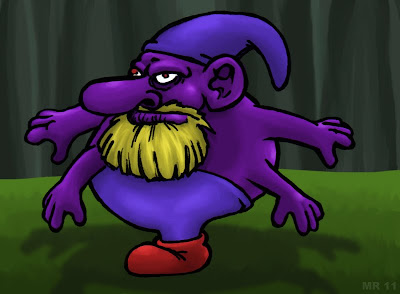 The smogmfs are a race of diminutive people which live in a hidden forest village of mushroom houses. They stand three apples high and use the word "smogmf" interchangeably with any verb or noun, making it hard to communicate with them. They have vague legends of being descended from similar little blue people who had two arms and two legs, and accredit their current appearance to some sort of magical experiment gone wrong.
Posted by Hawanja at 6:20 AM