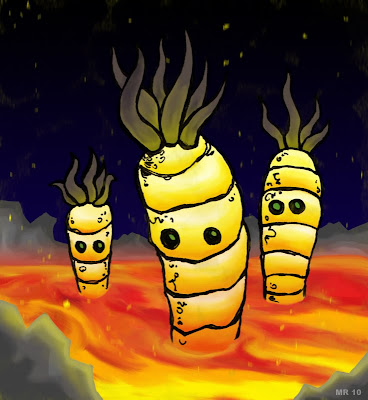 Although they resemble plants, Lava Tubers are actually animals, similar to the worms that live near deep sea vents. They have developed a thick chitinous outer shell which allows them to exist immersed in liquid magma for short periods of time. The creatures feed by absorbing bacteria with their fleshy "leaves." Colonies of Lava Tubers usually attach themselves to the walls of volcanoes and only swim in the magma when they reach the adult stage.
Posted by Hawanja at 10:02 AM