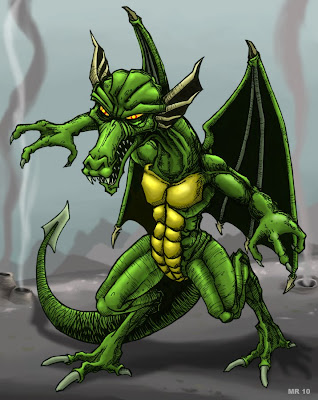 Dragon men are a race of ancient human-dragon hybrids, created by the ancient Dragon lords to be used as higher minions. In times past the Dragon men acted as generals and lieutenants overseeing the battles between vast armies as the Dragon lords warred among themselves. In the cataclysm brought about by the constant battle this race of hybrids nearly perished. They have survived by isolating themselves in various hidden places of the world, waiting for the time when their slumbering lords may yet rise again and renew the conflict.
Posted by Hawanja at 10:15 AM