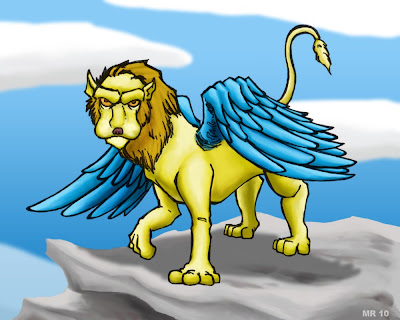 The Winged lion is a symbol of justice in and righteousness in several ancient middle eastern mythologies. The Shedu and Lamassu of ancient Akkadian myth were seen as protective deities, and were often placed at the gates of cities or the entrances to temples. The winged lion is also used as a symbol for Saint Mark, according to Rev. 4:5-7.
Posted by Hawanja at 2:14 PM