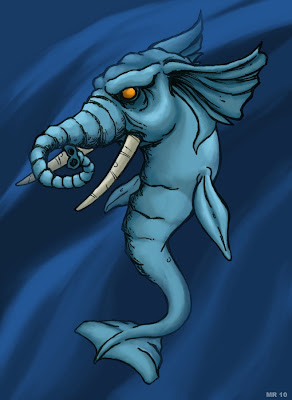 The Makara is an aquatic animal represented in Hindu Mythology, usually envisioned as a fish with an Elephant's head. The creature is often depicted as a mount for various Hindu deities. Theories of the creature's origin suggest it may be a misrepresentation of a type of seal, dolphin, crocodile, or an as of yet undiscovered species.
Posted by Hawanja at 10:10 AM