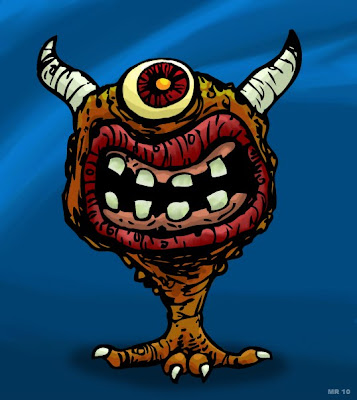 The Oculaphemes are a race of gigantic single eyed monopeds which exist in a different dimension. Their bizarre appearance is due to the fact that our limited human minds are unable to fully comprehend the creature in it's entirety. They are able to easily peer into ours and other similar planes, and often do so merely for entertainment purposes. Their home dimension contains one of the most prestigious universities in the multiverse, where beings from every dimension compete vigorously to attend.
Posted by Hawanja at 9:31 AM