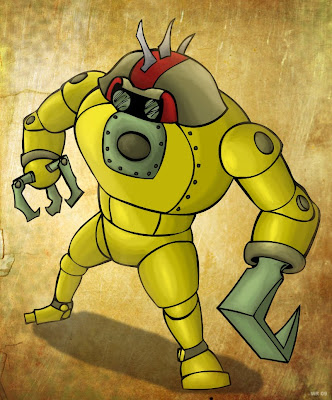 The Iron Hook is a Victorian era mechanical man, created as a prototype solider for the Prussian army. The soldier's body works on springs and clockwork, giving him inhuman strength. A sophisticated difference engine drives the Automaton's brain, and allows it to follow simple orders. After several daring battles in the name of the Kaiser, the Iron Hook was forcibly "retired," that is walled up into a dungeon cell and long forgotten.
Posted by Hawanja at 9:31 AM