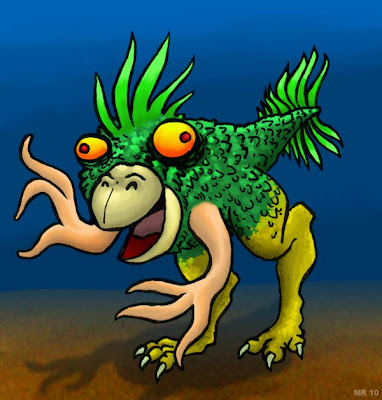 The Octoparachix is the second attempt of the Cristix corporation to break into the genetically engineered designer pet market after the failed Dwurm debacle. DNA was taken from a chicken, parrot, and octopus. The resulting creature, dubbed "Octoparachix" was extremely dangerous, known to attack small children and eat other pets (cats, dogs, etc.) Some financial success was made selling the creature to security firms to be used as attack dogs.
Posted by Hawanja at 9:38 AM