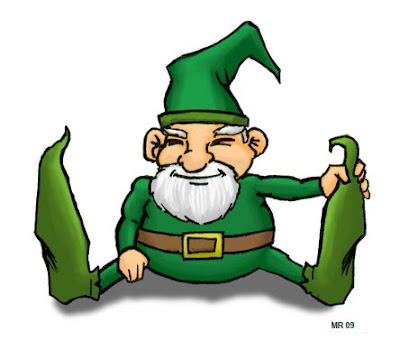 Gnomes spring from European (particularly German) mythology. They are similar to various types of other household spirits of the times such as browines, nixies, goblins, etc. The modern conception of a "Garden Gnome," evolved in the city of Colonge where they are called "Heinzelmännchen," nocturnal helper spirits that tended to the gardens after hours.

In fantasy fiction, Gnomes are generally seen as a friendlier offshoot of Dwarves, generally depicted as shorter, whimsical, jolly, with the characteristic long beard and pointed hat.
Posted by Hawanja at 6:53 AM