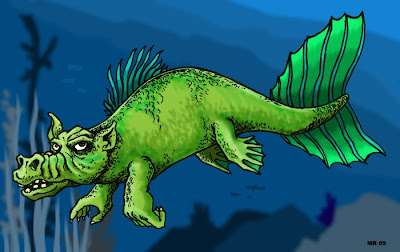 The Ambize (otherwise known as the Hog Fish) is a strange aquatic creature with a Pig-like face and hands like a human being instead of flippers. The first recorded sightings of the beast come from 16th century European explorers off the coast of Africa. Local fishermen held the beast in high regard, the flesh of which supposedly tasted better than the best pork.

Crytozoologists believe the these may be early reports of a manatee.
Posted by Hawanja at 9:42 AM